Are Chihuahuas Good With Cats?

In general, Chihuahuas are very loyal animals to the point of being selfish. They are very protective, so they tend to be hostile to strangers and other animals that approach their owners.

Since they’re both cute and cuddly with strong personalities, they can win hearts easily. But, can they live together? In this post, you will know the answer and what to do to make this friendship between both pets work very well.

Are Chihuahuas Good With Cats?

Short answer: Yes. Contrary to what many may think, Chihuahuas generally get along well with cats and can live together peacefully. But, (there is always that “but”) this healthy coexistence is not as simple as that.

It depends on several factors such as the personality of both animals, their socialization, first impressions, training, etc. It also depends on whether the introduction and adaptation process has been done properly.

Aspects to consider so your Chihuahua and your cat get along well. Do chihuahuas get along with cats?

Chihuahuas are generally considered a very friendly breed of dog, but they can also be very jealous, strong-willed, and territorial.

These dogs love to be the center of their owner’s attention and stay close to them as long as possible and get extremely jealous if someone, or another pet, gets in their way.

Chihuahuas do not like to share. This makes them ideal as a one-person dog, but they are not well suited to becoming a family dog.

On the other hand, cats are also territorial and this can cause fights and rejection between them, something that does not always have to happen. If the animal is sociable, playful, and affectionate, it is very likely that there will be no rivalries.

So if you already have a Chihuahua at home and want to bring in a cat you will have to teach them both the meaning of sharing.

Visit Chihuahuaempire.com for more information about chihuahua and cats.

For your Chihuahua to be sociable and open to having a feline companion, it must be socialized.

This process should be done during its intensive socialization period between 8 and 16 weeks of age, the puppy will learn to accept another species as part of its pack instead of perceiving it as prey.

If you have not accustomed to them from an early age, socialization will be slower, but not impossible and in these cases, it is best to give each one their space or in extreme cases, it is advisable to seek the help of a good professional in canine behavior.

The small size of the Chihuahua means that they can be seriously injured by a cat larger than they and the claws of cats can injure it during play.

Although it is a small breed, the Chihuahua is a brave dog. They will stand up to anyone to protect themselves or their family, with whom it creates an important sentimental bond.

For this reason, it is advisable to watch the interaction of both animals and be careful in case one starts a fight and the other decides to “finish it”.

The age of both pets is another important factor. If they are both puppies, there will be no problems, as both pets will start to enjoy playing together and will relate easily to each other.

When there is a marked age difference, for example, if you have an adult Chihuahua and a small cat or vice versa, they may not get along well.

The two pets will probably not look at each other, no matter what you do. Meanwhile, the youngest one wants to play and is full of energy; the older one will want to keep quiet and will often make this clear in a not-so-friendly way.

Personalities that match for chihuahua and cats

It is best if the chihuahua and cats are similar in character. For example, a playful dog will relate better to a playful cat. A quiet, independent cat will prefer a dog that is calm, tolerant, and even indifferent.

The first impression for chihuahua and cats

The first impression is essential for the coexistence to start well; the most advisable is that the first meeting is in a quiet place, on neutral ground, to avoid your Chihuahua feeling invaded or jealous.

You must be calm but attentive to the signs. If both the chihuahua and cats ignore each other it can be a good sign, and it is best not to force the situation or make them look at each other or love each other right away as this can make them feel threatened or make them react in a bad way.

Observe the behavior of both and be attentive in case you have to separate them. 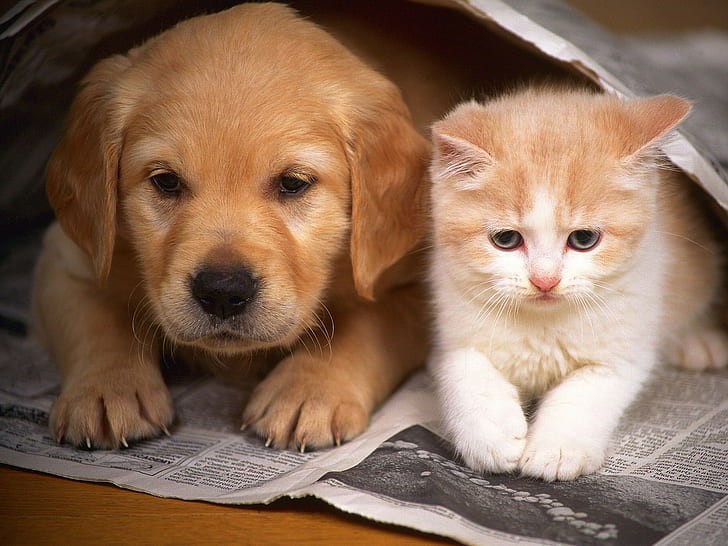 Are Chihuahuas Good With Cats

Pay attention to their body language and as long as they are friendly, you can bring them closer together. Allow them to sniff each other, relax and get to know each other.

At first, Chihuahuas can be quite indifferent, a bit obnoxious or annoying and might even growl a bit but as long as they don’t attack or become aggressive you can let them deal with the introduction.

Tips for a cat and a Chihuahua to live together peacefully

●        You may have to place barriers between the chihuahua and cats, at least for the first few encounters.

●        If you feed both pets simultaneously on opposite sides of a closed door, they will associate this happy time with the smell and presence of another animal.

●        Allow your pets to walk on opposite sides of a dog gate or a cat carrier, so they can get used to seeing each other.

●        Be sure to give both pets equal attention and praise, so the first pet doesn’t feel neglected or jealous.

●        Don’t leave your pets together unsupervised until you are sure they won’t hurt each other.

●        The toys, feeders, and waterers of your cat and your Chi should be separated to avoid jealousy and fights.

So yes, Chihuahuas can be good with cats

chihuahua and cats can get along well, but it is important to remember that, as with people, every dog is different and although both are domestic animals; both species are totally different.

Regardless of their breed and natural instinct, all dogs and cats can live together, as long as the process of adaptation between them has been done naturally and correctly.