Why you should be concerned about that blurred vision

Most of you out there might have heard your grandmother or grandfather complaining about the blurred vision that is giving them a hard time when watching their favorite reality show or maybe reading an old letter written by a loved one. Well, often the reason behind that visual glitch is called an eye floater, yes you heard it right a ‘floater’. Well, don’t go too deep in the terminology but usually, eye floaters are considered a non-life-threatening condition that is common as we get old.

In layman terms, almost everyone has or will experience floaters in their eyes. Remember the greyish dots that tend to move when you are trying to focus on an object and shifts towards the other direction when you try to focus on it?. Despite being considered an issue that comes hand-in-hand with aging, floaters are definitely not an unworthy issue and should be taken quite seriously.

Scientifically it has been proven that eye floaters are caused by vitreous deterioration. The vitreous is a gel-like substance which is present behind the lens of the eye, it helps to maintain and to nurture the eye in the development years but over time the vitreous begins to liquefy and shrink. This process further leads to the formation of spots and lines in front of your eyes which are termed as floaters.

As mentioned earlier, the most common factor that can be linked to eye floaters is aging. Though it mostly occurs after people cross their 50’s, there also have been numerous cases where younger people have also been affected with vitreous deterioration. 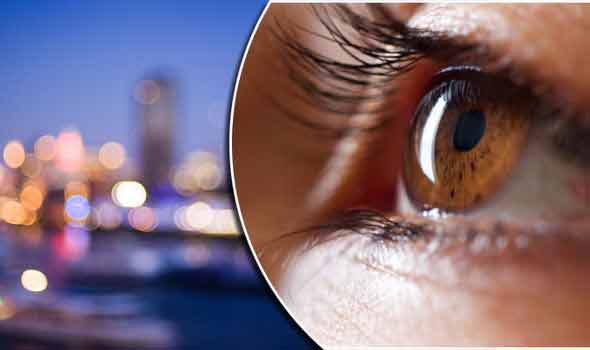 It has been observed that people also tend to get used to the spots and learn to see around them considering it is a non-life-threatening disease. As there were previously not so many effective options available for eye floater treatment people have developed the notion over time that ‘Ignorance is Bliss’.While floaters are not necessarily a life-threatening disease, it can cause serious damage to the retina if accompanied by a flurry of new floaters which eventually leads to a retinal tear from an area.

Hence, It is imperative for people to not ignore eye floaters as a commonly aging issue but instead, they should definitely consult a doctor if the spots do not vanish in a few days.

Over the years doctors and eye specialists have underestimated the negative effects of this disease and what kind of an adverse effect it can have over the quality of life of patients. On the other hand, the surgical procedure that was used to remove the floaters from an eye had a risk for a complete vision loss. But with the inception of laser surgery things have changed drastically and now it is considered the safest and viable choice for floaters treatment.

The technological advancements have created a big difference in creating a path for those for whom there was previously only one option available. It has also been observed that most of the people that were facing this irritating issue did not have an option but to just ignore a big spot in their eye. As now we have safer and more efficient tools to eradicate the smallest of floaters from the naked eye, people should definitely go for a laser treatment and witness what is it like to have a clearer vision without any spots, without facing the threat of causing more damage to their precious visionary assets. While we all sometimes have to learn to bear what life deals us, it’s foolishness to ignore something that can be fixed without harm.

How to Choose the Best Tactical EDC Backpacks With Premium Quality