Home » Outdoor » How to Get Concealed Carry Permit in California
OutdoorSporting

How to Get Concealed Carry Permit in California

Concealed Carry Permit. People these days want to feel safe. There are of course many ways to do that but the idea of carrying a gun is very popular. A concealed weapon offers the best chance of self-defense and various states have elaborate conceal and carry laws in place.

In the state of California, carrying a concealed or unconcealed, loaded or unloaded firearm in public is a criminal offense. However, you may get an exclusive permit to carry such a weapon from the county’s sheriff as long as you have firearms training. In this post, we are going to look at how to get a concealed carry permit in California, including some of the conditions you need to meet to qualify.

What is the California Concealed Weapon (CCW) Permit?

The California Concealed Weapon (CCW) permit is a legal authorization, issued in the state of California, which allows local residents to carry a concealed firearm. Although you are legally entitled to own a firearm in the state, carrying it around might prove problematic.

What Are the Requirements of Getting a Concealed Carry Permit in California?

There are certain conditions that must be met by applicants wishing to get a concealed carry permit or a concealed carry license in the state of California. And can get this permit after a Concealed Carry Classes.

These requirements are all spelled out under the Penal Code 26150 and 26155 and include the following:

However, for people who live in counties with less than 200, 000 people, the permit issued may have some modifications. For instance, even though you will still be allowed to carry a concealed firearm, it will only be within the jurisdiction of the county the permit was issued. 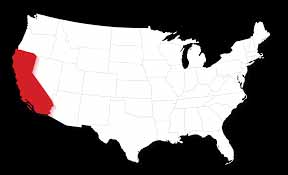 How to Get Concealed Carry Permit in California State USA

Is a Background Check Needed for the California Concealed Weapon (CCW) Permit?

Yes, a comprehensive background check will be needed before you get a California Concealed Weapon (CCW) permit. When you show up at the county sheriff’s office to apply for the permit, a copy of your fingerprints will be taken as part of the application process.

The fingerprints will then be submitted to the California Department of Justice. A thorough background check will be done and a report sent back to the Sherriff’s office in your county. You can use the wait time to do more firearms training if you want.

How Long Does It Take to Get the Permit?

There are several factors that may affect the speed in which the permit is processed. However, if there are no issues to clear up along the way, it should take on average a maximum of 90 days. The background check takes the most time during application.

In most cases, once the background check comes through from the Department of Justice, you should be able to get the permit within 30 days. The validity of the permit is also limited to 2 years. Once the period expires, you will need to reapply for a new permit and follow the same procedures listed above.

Will I Need to Pay for the Permit?

Yes, the California Concealed Weapon (CCW) permit is not free. There will be some costs to be incurred. On average, applicants may pay between $200 and $300 to get the permit issued. This payment will include a $44 state fee, the cost of required firearms training, a licensing authority fee of up to $100, expenses for fingerprints, and an extra $150 in psychological testing fees. It is also important to note that the licensing authority fees are charged partially. You pay 20% of the $100 upfront and the rest once the permit is issued. All the other payments must be made at the time of making the application.

Justification for Applying for a Permit

Under the requirements of the California Concealed Weapon (CCW) permit, applicants are mandated to justify why they need the permit. Different people may apply for the permit for different reasons. However, those who can show a clear and present danger to them or their immediate families exist are more likely to be considered.

It is also important to demonstrate that carrying a concealed weapon will directly and adequately help to mitigate that danger. The state of California considers the idea of carrying a concealed weapon a privilege and not a right. The process of issuing permits is also very rigorous. You owe it to yourself to do everything you can to fully meet all the requirements set forth by state laws.

Restrictions to Keep in Mind

The California Concealed Weapon (CCW) permit is not for everyone. There are some restrictions to keep in mind. First, people who have felony records or certain types of misdemeanors may be denied a permit. Narcotic addicts will also not qualify as well as those who have been diagnosed with a mental illness. State laws also prohibit previous permit holders who lost their gun rights due to domestic violence from reapplying or getting a new permit. And these permits need renewal too.

Carrying a concealed weapon can help people feel safer. The state of California has clearly spelled outlaws that determine the issuance of permits including the need for good firearms training. While the process may seem harder to crack if you can familiarize yourself with how everything works it is possible to get the permit. The info above should also help.

What Are Snowmobile Helmets and What Are Their Benefits?

Bedding Sets: How to Selection and Maintenance