Top 7 essential elements of enhancing the interiors of your house

Most of the time people tend to get confused between interior designing and interior decoration. Well, both of them are entirely different from each other. The former refers to the designing of entire living space while the latter means the decoration of the living space after it is properly designed and planned.

When talking about the first and foremost element of interior designing, Space, which is the foundation of an interior needs to be discussed in detail. It is widely categorized into two sets: Positive and Negative Space.

What is positive space and negative space?

Also, the available ‘space’ can’t be altered in most of the cases, so one needs to work within the physical boundaries of the premises.
Surface design in London has gained a lot of popularity in the recent past, and therefore, interior designers have seen to come up with innovative ideas to enhance the look of your house interiors. 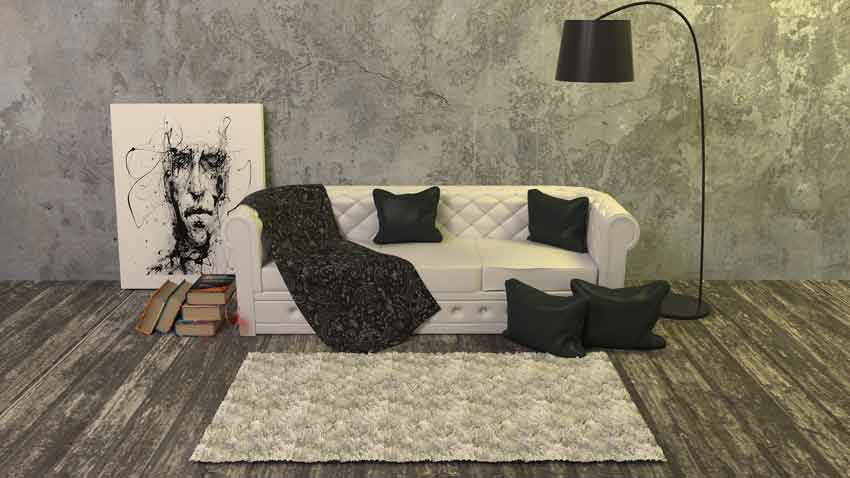 The texture is an integral part of an effective and good interior designing.
It is an element that is most often overlooked and neglected, although it can be wisely used to change the entire look of the room and bring a unique dimension to space. For example: Mixing different colors of the paint palette result in new and exciting colors, likewise, an interior designer mixes the textures within the space to bring uniqueness and sense of depth to the interiors.

Generally, textures come in two wide forms: Visual and Actual. Visual texture is the one which is widely perceived by the human eye and comes with viewing objects in the space around you. Whereas actual texture can be felt with its 3D characteristics.

There are three kinds of lines in the interior designing language: Horizontal, vertical and dynamic. Lines help give a particular shape to a room and guides the eyes through the layout of the space. Horizontal lines adorn tables, chairs and other such surfaces which give a sense of formality and stability. Vertical lines adorn windows, corridors and give a sense and feeling of strength and liberty.
Dynamic lines adorn staircase and symbolize energy and movement.

Forms are basically synonymous to the physical of the room as well as the other objects in the 3-dimensional form within the room. It can be either described as geometric or natural.

Geometric forms refer to the square edges, lines and other man-made forms whereas natural relates to the more organic forms generally created by nature.

Light is an essential aspect of interior designing which supports the other elements of the space. Natural or man-made, light can be broken into different categories like Task lighting, accent lighting and mood lighting all meant for specific purposes. Bring out the beauty of each and every component of the space with perfect lighting conditions.

Understanding the color wheel is extremely important when dealing with the interiors of the house. Colors possess the ability to create the right mood depending on the size of the space it is used on. One needs to have a deep insight into the right color choice suiting the right style of the property.

Just like light, the pattern also works hand in hand with color and light. The pattern is a repeated decorative element in interior designing adding a little uniqueness and distinctiveness.

We are pretty sure this article will help you build a deep understanding of the different elements of interior designing. As a homeowner looking for a well-deserved renovation of its interior space, it is extremely important to know the key elements of designing. With a trusted and experienced designer at your service like Hikitia dealing in polished plaster in London. Whether it is a well-planned surface design in London or Venetian plastering, we have it all covered for you.

Best Tips To Get Success on Your Alaska Moose Hunting Trip

Tips To Start Your Own Cleaning Service Business

How to Choose the Right Cabinet Hinges

Ready to Buy a Home? 3 Tips for Navigating the Real Estate Market

Top 5 Things To Consider When Modernizing A Historic House